Christianity and War – A Closer Look at the War in Ukraine

A few months ago, President Putin quoted John’s Gospel in reference to Russian soldiers who lost their lives in the war against Ukraine.  He said, “Greater love has no one than this: to lay down one’s life for one’s friends.” Ever since then, I have been reflecting on the religious dimension of the war in Ukraine. If Putin is a Christian, what is his pastor telling him? It is common knowledge that Putin’s spiritual inspiration comes from Patriarch Kirill, a former KGB officer who is now the head of the Russian Orthodox Church. Just as Aleksandr Dugin provides the intellectual justification for the war in Ukraine, Kirill supplies the spiritual and moral justification.

Many of us may be unaware of a concept that recently entered the Russian political lexicon—the concept of “spiritual security.” It is a concept that unites the church and state. To demonstrate this unity, the Russian Orthodox Church opened a branch at the Lubyanka, the Moscow headquarters of the FSB (former KGB), and many senior officers are known to have had conversion experiences. Spiritual security seeks to preserve and strengthen traditional Russian values against contamination from the West. Patriarch Kirill recently explained that the main threat to Russia is “the loss of faith,” a problem that is currently plaguing the West. Amplifying this point, Putin says that Russia’s “spiritual shield” is as important to her security as her nuclear shield.

What does this have to do with Ukraine? Historically, Ukraine played a very important role in the evangelization of Russia. It was Ukraine that opened the gates of the Slavic world to Christianity. Kiev is the birthplace of the Russian Orthodox Church. According to Kirill, “We call Kiev ‘the mother of all Russian cities.’ For us, Kiev is what Jerusalem is for many. Russian Orthodoxy began there.” Given this background, the war in Ukraine could be a holy war! From Putin and Kirill’s perspective, this war is fought to preserve the Christian heritage of Russia.

Sounds good, but it leaves many questions unanswered. Can we kill for God? Do the Scriptures permit believers to fight holy wars? What should be the role of a Christian academic in a country where intellectuals, politicians and priests stoke the fires of war? Can Christians rejoice when a bomb is dropped in any part of the globe? This war has unveiled many weapons of destruction—the javelin, the BMPT Terminator, the Brimstone Sea Spear, OTR-21 Tochka, and more. Should we applaud the inventors of these weapons? Are such inventions symbols of civilization? Can anyone be justified in throwing a bomb into an apartment building in a city hundreds of kilometers away? What should Christians be telling warring factions in the different regions of the world? As we seek answers, we must remember the words of our Lord: “Blessed are the peacemakers, for they shall be called the children of God.” 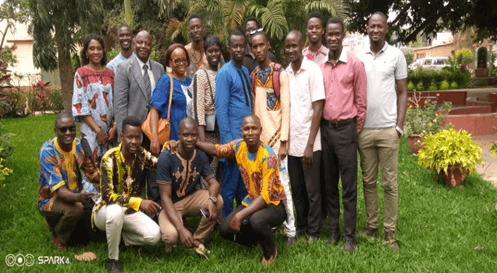 The first presentation was by Rev. Shaka Ascroft, a lecturer at the University of The Gambia, on “Christianity and Culture in Africa.” While he hailed the efforts of missionaries in Africa, he also pointed out how the Gospel is mostly shrouded in the culture of the missionaries–the expressions of worship in the African church, from weddings to music, reflect more of the Western culture.

Madam Vera Labor of the University of The Gambia addressed “The Calling of the Christian Scholar.” She highlighted how God frequently calls His people to service by placing a strong desire or burden for a particular need on their heart as they study or meditate on His word. Moreover, she emphasized that God calls a scholar to Himself first and then into a vocation.

The third topic, “The Place of Scholarship in Governance,” was covered in workshop format, as participants emphasized the need for the light and salt of the earth to participate fully in the life of a nation. To close the conference, President Mendy introduced participants to the valuable resources available on the various portions of the Society membersite, since not all in attendance had become members yet.

The Society’s bi-monthly Library Reading Group, led by Dr. Marlene Hines, will begin on Friday, 21 October 2022 at 1400 UTC. The first reading selection will be Lesslie Newbigin’s “The Gospel and the Cultures.” Join this informal conversation as we seek to grow together in our understanding of what it means for Christian academics to have redemptive influence in the pluralistic university! Be sure to register today!

The project seeks to forge scholastic productivity among scholars in Africa as they probe their disciplines to discover areas of both congruence with and divergence from divine truths. Importantly, scholars are challenged to interrogate their disciplines and identify philosophies and principles that appear to be contrary to God’s truths, as well as to suggest strategies for countering such incursions.

Scholars are given opportunities to share such thoughts with peers during the monthly general meetings of SCS Africa. After such presentations, participants actively discuss the subject matter, sharing their experiences and offering comments that enrich the presentation. The presentations are curated for eventual publication in a book form.

So far, seven scholars have made presentations:

2.     Luka Dinshak: God’s Truth Expressed in the Field of Conflict, Peace and Security

4.     Stephen Songden: On the Origin of the Universe

6.     Francis Ademola Sanda: Arts in the Service of God and Satan

7.     Wendy Helleman: The Deep Roots of Christianity in Africa 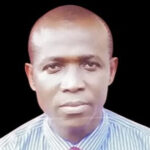 The coordinator of the Africa Christian Authors Project is Dr. Alexander Essien Timothy (pictured left). Interested presenters should contact him at profalext@gmail.com. A call for presentation and a template may be accessed here.

Calling All Authors! The Society is looking for interested authors who would like to write a 6,000- to 8,000-word study guide related to one of the following topics: 1. Integration of Faith and Scholarship, 2. Spiritual Formation, 3. Interacting with Cultures, 4. Pursuing Vocational Excellence, or 5. Relational and Leader Development. These study guides are designed to facilitate personal growth or small-group conversations, or even as the basis for a workshop. They are oriented to Christian academics who desire to have a redemptive influence among students and colleagues in pluralistic universities.

If you’re interested in writing a study guide for the Society, contact Dr. Stephen Garrett (sgarrett@global-scholars.org) and he will provide you with the study guide prospectus and an author proposal guide. If the proposal is accepted by the editorial team, remuneration of between $250 and $500 USD is available. 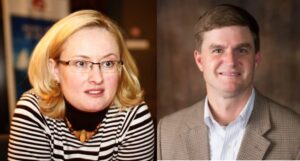 The Power of the Powerless by Josh Hayden and Monika MacDonagh-Pajerová – Thursday, 20 October 2022 at 1400 UTC

High in the mountains on the border of Poland and Czechoslovakia in 1978, a dangerous meeting took place between intellectuals of these two countries, both under totalitarian regimes. Risking arrest, the group of dissidents decided they needed a clear articulation of their movement and commitment. One of the attendees was the banned playwright
Vaclav Havel, who wrote an essay called “The Power of the Powerless” as a result of that meeting.

In this essay, Havel, who had many close associates who were Christians, challenged his readers to ‘live in truth’, a concept which Havel himself acknowledged as biblical. The essay was circulated underground and internationally, profoundly emboldening the efforts of many groups fighting for human dignity and freedom under repressive regimes. In 1989, Havel’s essay was brought to life in his own country during the Velvet Revolution. What can we learn from Havel’s essay? How can those living under repressive governments today faithfully, and in community, ‘live in truth’?

On Thursday, 20 October 2022 at 1400 UTC, Dr. Josh Hayden, Department Chair of Social Sciences at Anglo-American University in Prague, Czech Republic, and Dr. Monika MacDonagh-Pajerová, a leading personality from the 1989 Velvet Revolution, advisor to Havel for foreign affairs, and lecturer at Charles University and the CEVRO Institute (both in Prague), will discuss the main points and themes of Havel’s essay, how it influenced the Velvet Revolution, and how dissident movements today might be able to ‘live in truth’ under oppressive circumstances.

Join the conversation by registering below as we reflect on these important and relevant questions that many Christian academics face today. As background, be sure to read Havel’s essay.

Immediately following the webinar, you will have the opportunity to connect and catch up with colleagues from around the world. So plan to stay on the call for another 30 minutes or so if possible.

Note: Be sure to explore the Soceity Webinars Page for upcoming webinars including third-party webinars that are often added with short notice and for updated presenters and topics that may be helpful in equipping you to bring the gospel to bear in your university context.